DO THE “TEN STEPS TO FACSISM” OUTLINED BELOW SOUND FAMILIAR? IF THE ANSWER IS YES THEN ASK YOURSELF WHEN YOU PLAN TO GET YOU HEAD OUT OF YOUR ARSE? 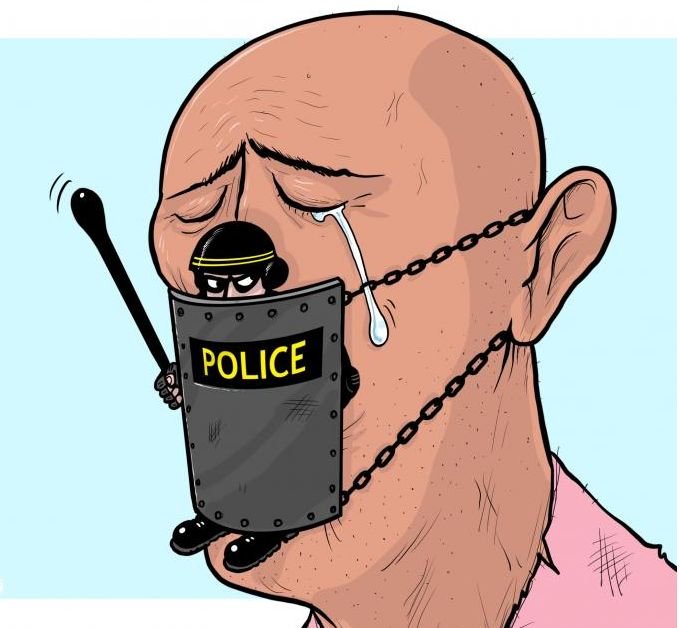 Irish people need to realise that the Government are already all long way down the ten steps toward fascism. Those steps are as follows:

Created by globalist actors (Ref  https://truth-watch.today/?p=1762) : The terrifying external enemy created for this purpose is covid-19. The fact that hardly anyone knows of anyone that knows anyone, that has even heard of anyone that has exclusively been hospitalized for covid-19 (much less died from it) does not elicit critical thinking among the irrational Irish masses. No Irish citizen knows of any undertaker that is over-run with backlogs of deceased waiting for burial in Ireland either, but the masses are so suggestible they would believe anything the government tell them. The created “terrifying internal enemy” are our fellow citizens that must now bee seen as a threat to the health of others – even the ones that show no symptoms of any illness.

At first, the people who are sent there are seen by citizens as outsiders: these include medical professionals, scientists and critical thinkers that dare to challenge Government narratives – they must suffer cancel culture and lose their jobs. The Government controlled mainstream media label them as troublemakers, “enemies of the people” or “criminals”. Initially, citizens tend to support these Government measures because the restrictive measures make them feel safer and they do not identify with the victims. But soon enough, civil society leaders – opposition members, labour activists, clergy and anyone else guilty of wrong-think are arrested and sent there as well.

The gulag is about to increase in scope with the introduction of so called “Health / Freedom Passports” where citizens will be denied their constitutional rights on a permanent basis unless they submit to Government dictate and accept whatever vaccinations that government mandate them to have or else be denied the right to work or travel. Although the purpose of vaccinations is to make the vaccinated immune when confronted with a virus, the Government wants citizens to believe that the presence of unvaccinated persons makes the vaccinations fail so the unvaccinated are castigated as “enemies of the people” and must suffer social as well as economic sanctions.

When leaders seek a “fascist shift” and want to close down an open society, they send paramilitary groups of scary thugs out to terrorise citizens. The Blackshirts roamed the Italian countryside beating up communists; the Brownshirts staged violent rallies throughout Germany. This paramilitary force is especially important when converting a democracy to a fascist totalitarian state: citizens must fear thug violence and in order to enhance that fear the thugs must be immune from prosecution. The Gardai have shown themselves only too willing to disregard their oaths to defend the constitution (and hence citizen’s rights to freedom of movement, speech and assembly) enforce the dictates of Government that are an affront to these rights. When the misery of unending lockdowns becomes too much and the citizenry push back we can expect the Gardai to be willing thugs. We see plenty examples of the Police doing this in other jurisdictions so we see no reason by the Gardai should be any different. There’s plenty anecdotal tales of the Gardai not being very nice to Irish citizens minding their own business and going about their day doing what is within their inalienable rights given by God under the constitution.

In Mussolini’s Italy, in Nazi Germany, in communist East Germany, in communist China – in every closed society – secret police spy on ordinary people and encourage neighbours to spy on neighbours. The Stasi needed to keep only a minority of East Germans under surveillance to convince a majority that they themselves were being watched. The Irish Government’s track and trace system comes to mind but this will soon be superseded by EU health passports.

The fifth thing you do is related to step four – you infiltrate and harass citizens’ groups. Anti-lockdowns protest etc will be met with Garda harassment.

This is coming down the tracks: A person is arrested and subjected to a PCR test at 45 cycles (so 97% false positive rate) and is then quarantined against their will.

Its already happened in New Zealand:

and of course, one of the objectives of the Corona virus scamdemic is to introduce CBDC (central bank digital currency) that will track every financial transaction and detract social credits for any thought or action not in line with government dogma. The prototype has already been rolled out in China and it is planned for Europe also:

Threaten civil servants, artists and academics with job loss if they don’t tow the line. Mussolini went after the rectors of state universities that did not conform to the fascist line; so did Joseph Goebbels, who purged academics who were not pro-Nazi; so did Chile’s Augusto Pinochet; so does the Chinese communist Politburo in punishing pro-democracy students and professors.

Example: Dr. Thomas Binder is a respected Swiss cardiologist. Last year he courageously spoke out about how the unsuitable PCR tests were being used to drive up covid case numbers. The establishment came after Thomas. He was sectioned and spent a week in a psychiatric facility and we already covered some Irish examples:

Well on this point we can say this: everything you read on Truth-Watch.Today is what the Irish Mainstream media will not cover – need any more be said? Well OK let’s labour the point:

Italy in the 1920s, Germany in the 30s, East Germany in the 50s, Czechoslovakia in the 60s, the Latin American dictatorships in the 70s, China in the 80s and 90s – all dictatorships and would-be dictators target newspapers and journalists. They threaten and harass them in more open societies that they are seeking to close, and they arrest them and worse in societies that have been closed already.

Cast dissent as “treason” and criticism as “espionage’. Every closing society does this, just as it elaborates laws that increasingly criminalise certain kinds of speech and expand the definition of “spy” and “traitor”…..coming soon unless the Irish push back against this tyranny.

This has already happened: the state has forced businesses to shut down and limited the constitutionally guaranteed rights of freedom of movement, speech, assembly, right to earn a living, right to worship and all of it based upon fraud.

No King or Queen or England ever went so far in occupied Ireland and one can only conjecture what the 1916 patriots must think of their yellow livered countrymen 100 years after they gave up their lives for your freedoms. Those men had the balls to die for your freedom and most of you are happy to give those freedoms up without a word of objection.

Cast dissent as “treason” and criticism as “espionage’. Every closing society does this, just as it elaborates laws that increasingly criminalize certain kinds of speech and expand the definition of “spy” and “traitor”…..coming soon unless the Irish push back against this tyranny.

This has already happened: the state has forced businesses to shut down and limited the constitutionally guaranteed rights of freedom of movement, speech, assembly, right to earn a living, right to worship and all of it based upon fraud.

No King or Queen of England ever went so far in Britain or in occupied Ireland as to limit freedom of movement, speech, assembly, right to earn a living, right to worship and one can only conjecture what the 1916 patriots would think of their yellow livered countrymen 100 years after they gave up their lives for your freedoms. Those patriots had the balls to die for your freedom and most of you are happy to give those freedoms up without a word of objection. 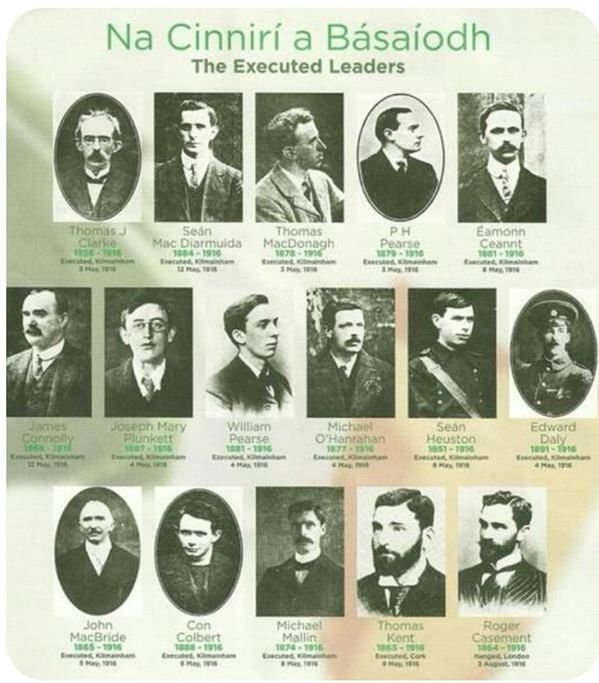 Consider the words of Alexander Solzhenitsyn before it is too late:

“In keeping silent about evil, in burying it so deep within us that no sign of it appears on the surface, we are implanting it, and it will rise up a thousand-fold in the future. When we neither punish nor reproach evildoers, we are not simply protecting their trivial old age, we are thereby ripping the foundations of justice from beneath new generations.”
― Aleksandr I. Solzhenitsyn, The Gulag Archipelago 1918–1956