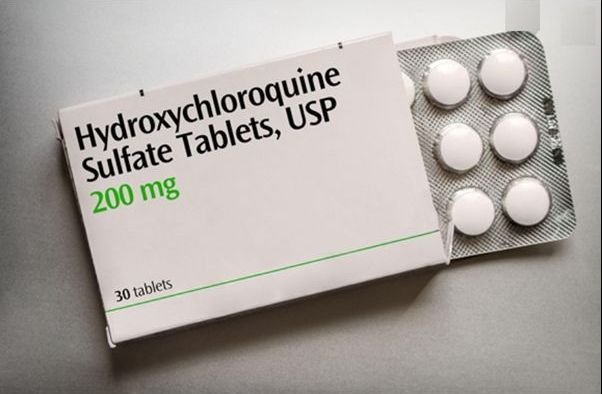 [click on the embedded hyperlinks to go to the source data]

If the masses realised that Hydroxychloroquine was the best treatment for Covid-19, then all of Bill Gates investment dollars on vaccination status digital certificates and ID2020 biometric IDs [Biometric IDs that so conveniently find a ready application they never had before during the pandemic that he ‘predicted’ and from which he will earn BILLIONS through Government mandating of vaccines that Gates has funded] would have been wasted…and in other news it’s pure coincidence that the Gates funded NIH and the Gates funded & controlled WHO have BOTH discontinued their trials on the efficacy of hydroxychloroquine

“Hydroxychloroquine (HCQ) has been FDA approved for over 65 years and has been used billions of times throughout the entire world without restriction. For many decades it has been given to: pregnant women, breastfeeding women, children, elderly patients, immune compromised patients and healthy persons”.

10. FACT: An Effective COVID Treatment the Media Continues to Besmirch

On 5 June, the Recovery Trial team announced that it had found no benefit from hydroxychloroquine. Prof. Peter Horby, Chief Investigator for the trial, said:

Hydroxychloroquine and chloroquine have received a lot of attention and have been used very widely to treat COVID patients despite the absence of any good evidence. The RECOVERY Trial has shown that hydroxychloroquine is not an effective treatment in patients hospitalised with COVID-19 …

This was immediately reported by the mainstream media and the WHO announced it had terminated their hydroxychloroquine arm of the Solidarity trials. Citing data from its own trials and Inserm’s Discovery trials, yet to be released, the WHO stated:

This decision applies only to the conduct of the Solidarity trial and does not apply to the use or evaluation of hydroxychloroquine in pre- or post-exposure prophylaxis in patients exposed to COVID-19.

Firstly, the mortality rate of the hydroxychloroquine patients was a staggering 25.7%.

The recommended hydroxychloroquine dose for an adult in the UK is no more than 200 — 400 mg per day. In France, 1800 mg per day is considered to be lethal poisoning.

Yet, across 175 UK hospitals, 1542 patient participants in the Recovery Trial were given 2400 mg (six times the recommended maximum dose), in the first twenty-four hours. This was followed up by ten days at twice the recommended maximum dose at 800 mg with predictable results. Hydroxychloroquine did not fit the narrative and the Recovery Trial  was nothing more that a hit job to smear its reputatiuon in the press.