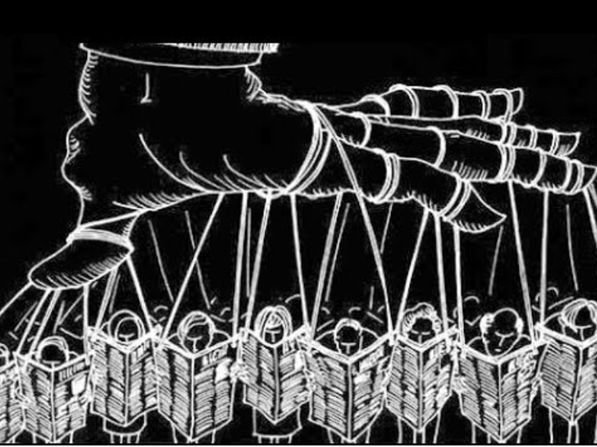 Re-examined in the light of Covid-19 Scamdemic, Bill Gates’ WEF speech delivers ‘prescient foreknowledge’ of the totalitarian state vs its citizens when he spoke of  the “Pairing of medical and military experts, so the military can provide logistics and secure areas”. (This sort of TOTALITARIAN CONTROL has already been implemented in the Australian State of Victoria and Ireland is fast heading down the same route) and some more examples here:

and Gates goes on to discuss

Evidence of Globalist pandemic pre-planning that Government and MSM do not / will not cover in 5 numbered steps:

STEP 1: Introducing the Rockefeller family: about which Wikipedia says the following: The Rockefeller family is an American industrial, political, and banking family that owns one of the world’s largest fortunes. The fortune was made in the American petroleum industry during the late 19th and early 20th centuries by John D. Rockefeller and his brother William Rockefeller, primarily through Standard Oil (the predecessor of ExxonMobil The family had a long association with, and control of, Chase Manhattan Bank. By 1977, the Rockefellers were considered one of the most powerful families in the American history.

STEP 2: Introducing David Rockefeller: David Rockefeller (June 12, 1915 – March 20, 2017) was an American banker who served as chairman and chief executive of Chase Manhattan Corporation… was noted for his wide-ranging political connections and foreign travel, in which he met with many foreign leaders… was criticized for befriending foreign autocrats in order to expand Chase interests in their countries. The New York Times columnist David Brooks wrote in 2002 that Rockefeller “spent his life in the club of the ruling class and was loyal to members of the club, no matter what they did.” He noted that Rockefeller had cut profitable deals with “oil-rich dictators”, “Soviet party bosses” and “Chinese perpetrators of the Cultural Revolution”.[9].. had a lifelong association with the Council on Foreign Relations (CFR) when he joined as a director in 1949.[35] .. Displeased with the refusal of Bilderberg Group meetings to include Japan, Rockefeller helped found the Trilateral Commission in July 1973

STEP 3: David Rockefeller’s open admission [in his autobiography “MEMOIRS”] of seeking to use Rockefeller family influence to bring about a one world government:

“For more than a century, ideological extremists at either end of the political spectrum have seized upon well-publicized incidents such as my encounter with Castro to attack the Rockefeller family for the inordinate influence they claim we wield over American political and economic institutions. Some even believe we are part of a secret cabal working against the best interests of the United States, characterizing my family and me as ‘internationalists’ and of conspiring with others around the world to build a more integrated global political and economic structure — one world, if you will. If that is the charge, I stand guilty, and I am proud of it”. – David Rockefeller 2003

STEP 4: David Rockefeller admired the autocratic communist regime that had slaughtered more than 40 million of its own people:

“One is impressed immediately by the sense of national harmony…. Whatever the price of the Chinese Revolution it has obviously succeeded… in fostering high morale and community purpose. General social and economic progress is no less impressive….The enormous social advances of China have benefited greatly form the singleness of ideology and purpose…. The social experiment in China under Chairman Mao’s leadership is one of the most important and successful in history.”

“Scenarios for Future of Technology and International Development” we quote  from the document in black text below the [by now very familiar] details that have over 2020 so accurately mirrored the unfolding on Covid-19 “pandemic”.

“The United States initial policy of “strongly discouraging” citizens from flying proved deadly in its leniency, accelerating the spread of the virus not just within the U.S. but across borders”. (and this is exactly the story propagated by the MSM happened at the beginning of the Covid-19 scare)

“However, a few countries did fare better—China in particular. The Chinese government’s quick imposition and enforcement of mandatory quarantine for all citizens, as well as its instant and near-hermetic sealing off of all borders, saved millions of lives, stopping the spread of the virus far earlier than in other countries and enabling a swifter post-pandemic recovery”.  (such a coincidence that this was written in 2010 and is exactly what happened in China in 2020)

During the pandemic, national leaders around the world flexed their authority and imposed airtight rules and restrictions, from the mandatory wearing of face masks to body-temperature checks at the entries to communal spaces like train stations and supermarkets. (All brought in by Dail Eireann and Governments across the world in response to Covid-19)

(referring to the period following the summer of 2020) Even after the pandemic faded, this more authoritarian control and oversight of citizens and their activities stuck and even intensified. In order to protect themselves from the spread of increasingly global problems—from pandemics and transnational terrorism to environmental crises and rising poverty—leaders around the world took a firmer grip on power. (just take a look at this clip to illustrate the onset of totalitarian Government in Ireland) https://youtu.be/T5EMAUmB34s ).

At first, the notion of a more controlled world gained wide acceptance and approval. Citizens willingly gave up some of their sovereignty—and their privacy—to more paternalistic states in exchange for greater safety and stability. Citizens were more tolerant, and even eager, for top-down direction and oversight, and national leaders had more latitude to impose order in the ways they saw fit. In developed countries, this heightened oversight took many forms: biometric IDs for all citizens, for example, and tighter regulation of key industries whose stability

There were other downsides, as the rise of virulent nationalism created new hazards (Hazard of virulent nationalism? A hazard to whom I wonder? Oh yes that would be considered a hazard by globalists like the Rockefellers. Certainly the entire Covid-19 affair has brought enhanced interest in parties with a nationalist bias within the Republic of Ireland).

Summary Question: How many ‘coincidences’ in  the Rockefeller document does it really take for Government and the public to recognize that these are not coincidences?

More “coincidence” courtesy of Johns Hopkins, the institution that brought you Event 201 (move along folks, nothing to see here, certainly not evidence of pre-planning):

and the most damning evidence of all: Incontrovertible evidence of a pre-planned pandemic: everything was patented long before the Covid-19 pandemic was declared in the below videos (Parts 1,2, 3 & 4):