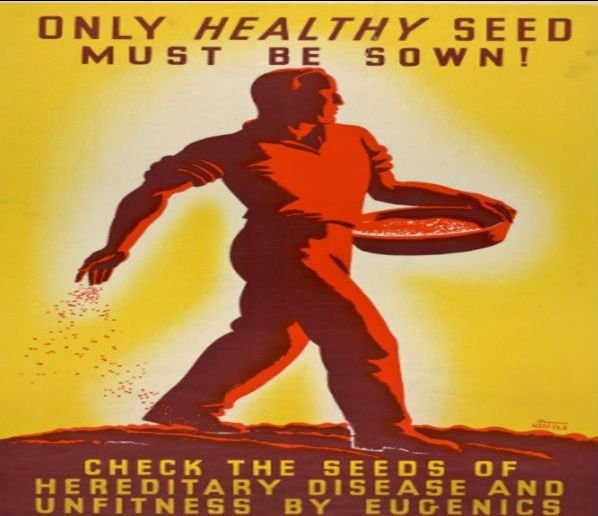 Bill Gates’ financial and ethical conflicts of interest in the Covid-19 narrative explored:

Bill Gates has been interviewed as a “Covid-19 pandemic subject matter expert” by a fawning MSM in numerous interviews across the world with many spellbound by his seemingly prescient foresight (more on that ‘prescient foresight’ later) on how the Covid-19 drama would play out, despite of the facts that:

Bill Gates is a central protagonist in the Covid-19 story and you’ll see that nothing about Bill Gates can be put down to happenstance.

Gates’s Family history as supporters of Eugenics and Bill Gates’s own history in that area:

BILL GATES: When I was growing up, … My dad was head of Planned Parenthood. And it was very controversial to be involved with that. And so it’s fascinating. At the dinner table my parents are very good at sharing the things that they were doing. And almost treating us like adults, talking about that…..So I always knew there was something about really educating people and giving them choices in terms of family size.

And tellingly as we shall see: Transcript – Bill Moyers interviews Bill Gates

BILL GATES:  “The two areas that are changing in this amazing way are information technology and medical technology. Those are the things that the world will be very different 20 years from now than it is today….So what I was thinking about was where my resources that I’m … able to make an impact…The one issue that really grabbed me as urgent were issues related to population… reproductive health… the most interesting thing I learned is this thing that’s still surprising when I tell other people which is that, as you improve health in a society, population growth goes down.

Hmmm…Bill Gates found the subject matter of family dinner table discussions surrounding the activities of [eugenicist organisation] Planned Parenthood as “fascinating”. This is a valuable insight into the mind of the adult Bill Gates so let’s consider the history of Planned Parenthood to better understand what Gates junior found fascinating:

Planned Parenthood founder Margaret Sanger:  opened the first birth control clinic in the United States in Brooklyn in 1916 …. her legacy also includes supporting eugenics, a discredited belief in improving the human race through selective breeding, often targeted at poor people, those with disabilities, immigrants and people of color.

Bill Gates’s father was a director is Planned Parenthood and that organisation openly avowed policies of forced sterilisations of “undesirables” [ Source citation: ]. So we read:

Iowa’s first sterilization law passed in 1911. According to researcher Amy Vogel, “In 1929 the Iowa General Assembly created a Board of Eugenics to investigate persons who were a ‘menace to society,’ so that such ‘degenerates’ could be sterilized.  Planned Parenthood was a referral agency for Iowa’s sterilization board,

When Korson noted a decrease in sterilizations due to a “more humane and enlightened attitude,” Rev. Robert L. Webber — the executive director of Planned Parenthood of Iowa — attacked board members, saying they “should reinterpret the law and give it wider application than they do now or they should quit.”

Clarence Gamble, served as a director of Margaret Sanger’s  Planned Parenthood’s board. It was to Gamble that Sanger penned her famous letter about her “Negro Project” to recruit Black ministers and physicians to further her eugenic agenda in the Black community….. Gamble called for the expansion of North Carolina State’s sterilization program, saying that for every feeble minded person sterilized, 40 more were polluting and degrading the bloodlines of future generation with their defective genes.”

The apple doesn’t fall far from the tree – Bill Gates own statement on population control:

“The world today has 6.8 billion people. That is headed up to about 9 billion. If we do a really great job on new vaccines, health care, reproductive health care we could lower that by perhaps 10 to 15% [Source citation, from 4mins 40 secs into this clip]

Which neatly segways into the outcome of Gates funded vaccines:

“Vaccines, for Bill Gates, are a strategic philanthropy that feed his many vaccine-related businesses (including Microsoft’s ambition to control a global vac ID enterprise) and give him dictatorial control over global health policy—the spear tip of corporate neo-imperialism.
Gates’ obsession with vaccines seems fuelled by a messianic conviction that he is ordained to save the world with technology and a god-like willingness to experiment with the lives of lesser humans.
Promising to eradicate Polio with $1.2 billion, Gates took control of India ‘s National Advisory Board (NAB) and mandated 50 polio vaccines (up from 5) to every child before age 5. Indian doctors blame the Gates campaign for a devastating vaccine-strain polio epidemic that paralyzed 496,000 children between 2000 and 2017”.

And in case you dear reader might think Robert F Kennedy Jnr’s above assertions have no basis:  Independent support of the above assertions published Pub Med journal article (PMID 30111741) “Correlation between Non-Polio Acute Flaccid Paralysis [NPAFP] Rates with Pulse Polio Frequency in India” where you can read the following:

“In 2017, the Indian Government dialled back Gates’ vaccine regimen and evicted Gates and his cronies from the NAB. Polio paralysis rates dropped precipitously. In 2017, the World Health Organization reluctantly admitted that the global polio explosion is predominantly vaccine strain, meaning it is coming from Gates’ Vaccine Program. The most frightening epidemics in Congo, the Philippines, and Afghanistan are all linked to Gates’ vaccines. By 2018, ¾ of global polio cases were from Gates’ vaccines.
In 2014, the Gates Foundation funded tests of experimental HPV vaccines, developed by GSK and Merck, on 23,000 young girls in remote Indian provinces. Approximately 1,200 suffered severe side effects, including autoimmune and fertility disorders. Seven died.

The Indian Government Report documenting the Investigation into the above HPV scandal charged that Gates funded researchers committed pervasive ethical violations: pressuring vulnerable village girls into the trial, bullying parents, forging consent forms, and refusing medical care to the injured girls. The case is now in the country’s Supreme Court. An excerpt tract from the report reads:

“The Committee finds the entire matter very intriguing and fishy. The choice of countries and population groups; the monopolistic nature, at that point of time, of the product being pushed; the unlimited market potential and opportunities in the universal immunization programmes of the respective countries are all pointers to a well-planned scheme to commercially exploit a situation. Had [Bill & Melinda Gates funded] PATH been successful in getting the HPV 4 vaccine included in the universal immunization programme of the concerned countries, this would have generated windfall profit for the manufacturer(s) by way of automatic sale, year after year, without any promotional or marketing expenses. It is well known that once introduced into the immunization programme it becomes politically impossible to stop any vaccination. To achieve this end effortlessly without going through the arduous and strictly regulated route of clinical trials, PATH resorted to an element of subterfuge by calling the clinical trials as “Observational Studies” or “Demonstration Project” and various such expressions. Thus, the interest, safety and well being of subjects were completely jeopardized by PATH by using self-determined and self-servicing nomenclature which is not only highly deplorable but a serious breach of law of the land.

Outcome from Gates-funded Malaria Vaccines in Africa: 151 dead babies and serious adverse effects to 1048 children:
In 2010, the Gates Foundation funded a trial of a GSK’s experimental malaria vaccine, killing 151 African infants and causing serious adverse effects including paralysis, seizure, and febrile convulsions to 1,048 of the 5,049 children.

Outcome from Gates-funded Tetanus Vaccines in India & Kenya: coincidental infertility of the sort of people eugenicists think the planet needs less of….

This “vaccine” against pregnancy was developed by Dr G.P. Talwar in 1972. The idea is to produce antibodies to the pregnancy hormone, such that the women would not be able to carry a normal pregnancy. Women who were pregnant would abort and those not pregnant would be rendered infertile….The vaccine programme was promoted by the WHO and the Kenyan government, funded by the Gates Foundation. Mothers-to-be were encouraged to take the vaccine to prevent tetanus in their unborn babies, without being told that the vaccine would prevent the baby from ever being born.