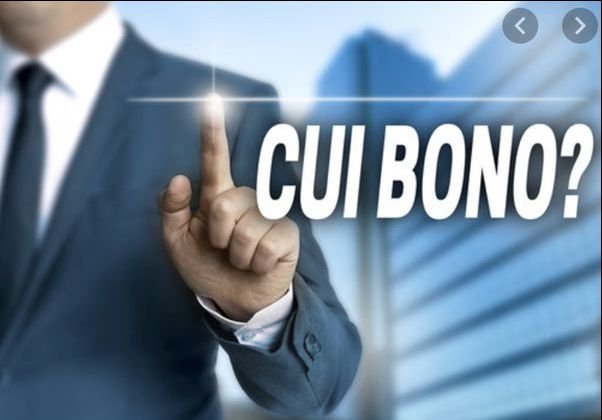 “WHO benefits” – well that’s certainly true but Big Pharma, Bill Gates & Co. stand to make BILLIONS by having Governments worldwide mandate the purchase of their vaccines every year and then use track and trace technology to track who has been vaccinated. You can expect restrictions on your freedoms unless you are up to date with your shots. They’ll tell you that “it’ll be for the common good” and it’s already been tried and tested in China. But don’t worry because the nice folks at the WHO really have your interests at heart don’t they? None of this has anything to do with the BILLIONS they stand to earn or globalist eugenicist policies of population control. Where would you even find evidence for that sort of thing?

It doesn’t take a business degree to see how profitable a globally-legally-mandated vaccine with every human forced to be a customer once or twice a year would be: With a captive market of 7.8 billion people Pharmaceuticals certainly stand to benefit and there’s plenty of evidence of the WHO being in bed with big pharma  from the aforementioned fraudulently declared H1N1 pandemic to

Wikileaks released a trove of confidential documents that show how Big Pharma controls the policy-making decisions of the WHO. The WHO expert group is beholden to Big Pharma for funding initiatives and is quick to respond to industry lobbying. The EWG works directly with Big Pharma’s International Federation of Pharmaceutical Manufactures and Associations (IFPMA) for research, development and financing of upcoming public health initiatives and goals. (Related: Gilead, Big Pharma and the WHO: An unholy trifecta of corruption and bioterrorism.)

Now controlled by the pharmaceutical industry, the WHO has been dictating all health information throughout social media and the news networks. Facebook, Twitter, Vimeo and other social media platforms will not allow any health information that is not approved by the Big Pharma-controlled WHO. The pharmaceutical industry is keeping the WHO funded, and is benefiting by using it as the ultimate authority on health, to dictate information on vaccines and drugs and to cover up industry crimes.

An agency that was intended to safeguard public health has been weaponized into a totalitarian dictatorship that not only promotes Big Pharma, but also seeks to eliminate any information or health solutions not patented and profited on by Big Pharma. The WHO has been weaponized and is involved in crimes against humanity. Member countries must work diligently to unravel the WHO’s Big Pharma conflicts of interest and to hold the agency accountable to ultimately restore the integrity of the organization and improve its operations.

Déjà Vu: The WHO’s Handling of 2009 H1N1 Pandemic: “Deeply Marred by Secrecy and Conflict of Interest”

Members of the Expert committee of the WHO (including Director General Margaret Chan) were bribed in 2009.

The same committee was bribed in January 2020. And a lot of people have been bribed in relation to COVID-19.  That’s an understatement.

In 2009 Western governments and the WHO were complicit in a multibillion dollar fraud.  Do not let it happen again!

“On the basis of … expert assessments of the evidence, the scientific criteria for an influenza pandemic have been met. I have therefore decided to raise the level of influenza pandemic alert from Phase 5 to Phase 6. The world is now at the start of the 2009 influenza pandemic. … Margaret Chan, Director-General, World Health Organization (WHO), Press Briefing  11 June 2009)

”As many as 2 billion people could become infected over the next two years — nearly one-third of the world population.” (World Health Organization as reported by the Western media, July 2009)

“Swine flu could strike up to 40 percent of Americans over the next two years and as many as several hundred thousand could die if a vaccine campaign and other measures aren’t successful.” (Official Statement of the US Administration, Associated Press, 24 July 2009).

Wealthier countries such as the U.S. and Britain will pay just under $10 per dose [of the H1N1 flu vaccine]. … Developing countries will pay a lower price.” [circa $400 billion for Big Pharma] (Business Week, July 2009)

The WHO casually acknowledged it made a mistake.

There was no pandemic affecting 2 billion people…

Millions of doses of swine flu vaccine had been ordered by national governments from Big Pharma. Most of them were destroyed: a bonanza for Big Pharma.

There was no investigation into who was behind this multibillion dollar fraud. Today its the same organizations and the same people who “are at it again”.

The Western media which provided daily coverage of  the 2009 H1N1 pandemic, remained mum on the issue of fraud and disinformation.

Do Not Let it Happen Again! Michel Chossudovsky, May 2, 2020

In a September speech WHO Director-General Chan said “ministers of health” should take advantage of the “devastating impact” swine flu will have on poorer nations to get out the message that “changes in the functioning of the global economy” are needed to “distribute wealth on the basis of” values “like community, solidarity, equity and social justice.”

She further declared it [i.e. “devastating impact” swine flu] should be used as a weapon against “international policies and systems that govern financial markets, economies, commerce, trade and foreign affairs.”

It all sounds like the playbook of the communist manifesto but this is not surprising:  the WHO is part of the UN and for anyone that chooses to look, the UN has a globalist agenda. The aforementioned  WHO policy document: :  Ethical considerations in developing public health response to pandemic influenza (published in 2007!):   also contains the following globalist narrative:

“Global justice is social justice on a global scale and it requires countries, particularly developed countries, to ensure not only that their own citizens are protected, but also that other countries, particularly developing countries, have the means to protect their citizens. Solidarity: Union or fellowship between members of a group or between peoples of the world. Individuals in solidarity with one another are firmly united by common responsibilities and interests, and undivided in opinion, purpose and action (11).

i.e. individuality must be sacrificed for the collective….just like individual freedoms in Ireland are being sacrificed for “collective health” bogus narrative and the implied benefits of a one world Government