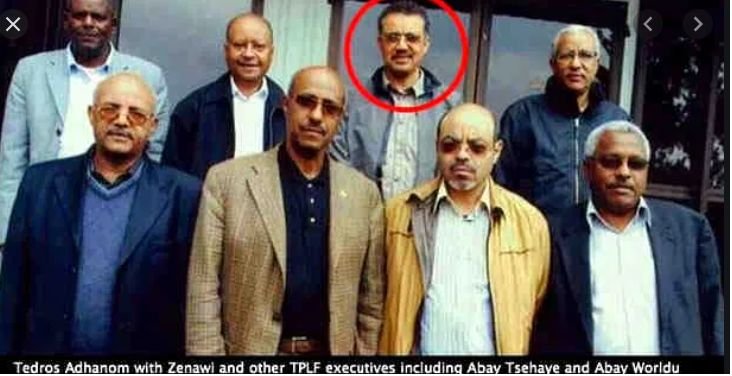 In light of the planned genocide by vaccine in order to usher is a communist Great Reset it was important that the person that would be director of the WHO during the implementation out this plan be (1) a proven communist and (2) have some professional experience in the area of implementing genocide. Tedros Adhanom Ghebreyesus was eminently qualified on both criteria:

In the interests of readability, the following information shall be conveyed as a Question and Answer session between a hardnosed sceptic just like you and myself whose aim is to provide fully referenced source data citations for all assertions made to support same.

Question: If the Irish Government routinely ignores the professional integrity and informed opinion of the staggering 50,000 number medical professionals (with some of the most world’s most pre-eminent experts among their number) whose guidance are they taking on Covid-19?

Answer: The Irish Government and their counterparts worldwide are following the advice of the World Health Organisation (WHO).

Question: You make that assertion but can you provide evidence?

Answer: Under the “Discussion” section of this NCBI journal article titled Evolving global and national criteria for identifying a suspected case of COVID-19 we read:

“The COVID-19 situation varies from country to country…. [ but] based on all the criteria that we have reviewed, most criteria are similar to and appear to be adapted from the WHO criteria”

Question: OK, but even if the WHO are setting policy surely the WHO is a squeaky-clean organisation comprised of medical professionals with the highest standards of ethical and moral integrity?

Answer: I’m afraid not: numerous current and former WHO officials have highlighted the incredible corruption and mismanagement that permeates the UN “health” agency. Among those whistle blowers is Kari Laperriere, author of WHOligans: A witness account of fraud and bullying at the heart of the World Health Organization, who has exposed the machinations of the WHO hiding behind “a respectable façade and the words of noble principles.”

Question: Laperriere is probably just a disgruntled former employee with an axe to grind. Give me a cast iron, independently verifiable example of a person of influence in the WHO that is not of unimpeachable good character?

Answer: Good Character? A good place to start is to consider the character of the current Director of the WHO, Tedros Adhanom Ghebreyesus who ought to be hauled in from of the ICC to answer for his part in genocide and crimes against humanity:

Question: OK I’ll allow that Tedros is a shady character but surely no one can point to any evidence of anyone running the WHO of covering up any medical emergency and reporting them as anything other than what they really are?

Answer: Tedros Adhanom himself is guilty of that:

and this recent article from Nov 2020 shows that he is still trying to pull strings for his TPLF buddies: https://www.addisherald.com/who-director-general-works-as-tplf-diplomat/

The fact that the director of the WHO should probably be hauled in front on the ICC himself to answer for the above crimes will be sooooo astounding to most people that TWT will add several source citations below to help you verify its truth:

Question: Tedros besmirches the reputation of the WHO but surely you must be putting 2 and 2 together to make 22: i.e. the past crimes of Tedros Adhanom do not conclusively prove that the Covid-19 thing is a colossal lie. Afterall the WHO would never fraudulently declare a pandemic unless there really was one would they?  That couldn’t possibly happen… and they could never get away with it if they did would they?

Answer: The WHO already have fraudulently declared a pandemic: the 2009 H1N1 ‘pandemic’ and yes, they did get away with it: Australian Virologist John McKenzie was at that time a member of the WHO emergency committee and one of the people who recommended calling a pandemic but later had to resign when his ties to vaccine manufacturers emerged and McKenzie wasn’t the only one:

“The links between the advisors and the companies that make money from vaccines and flu treatments were detailed in a report published online by the British medical journal BMJ, which investigated the advisors’ role in WHO’s policy”. 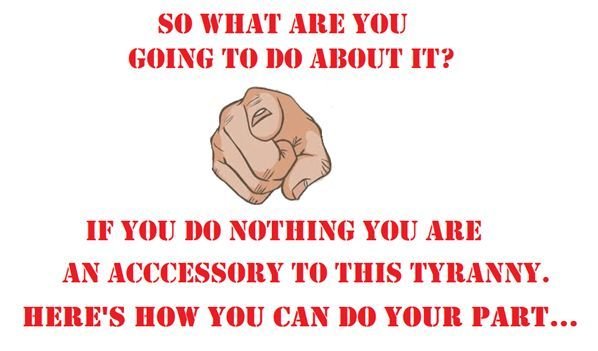 Step #1: Get this information out there:

At a minimum you need to both:

the above article by sending is both TWT web page url  address and the link to archived version of the web page.

Note: TWT probably won’t be online for long because the authorities will no doubt pressure TWT’s web site host to take TWT offline and it’s also possible that your social media account(s) may be frozen because you send out this information

Therefore in order to beat big tech censorship, if you send out both the TWT URL and the archived version of this page,  the TWT message can still get out there via the archived copy of the webpage even if the TWT website is taken down.

Step #2: Get actively involved and stop waiting for Superman to show up – you need to become the superhero so get involved. Remember this lesson:

“In keeping silent about evil, in burying it so deep within us that no sign of it appears on the surface, we are implanting it, and it will rise up a thousand-fold in the future. When we neither punish nor reproach evildoers, we are not simply protecting their trivial old age, we are thereby ripping the foundations of justice from beneath new generations.”
― Aleksandr I. Solzhenitsyn, The Gulag Archipelago 1918–1956